Downloading and Installing the DXLab Launcher

By default, the Launcher will be installed in C:\DXLab\Launcher.

If you've never installed the DXLab Launcher on your PC, click here to download it. When the following window (or your Browser's equivalent) appears, click its Run button: 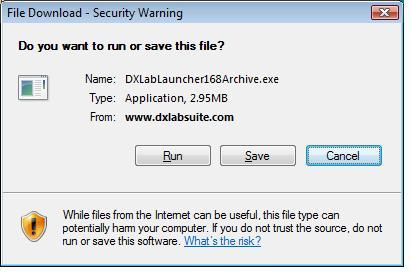 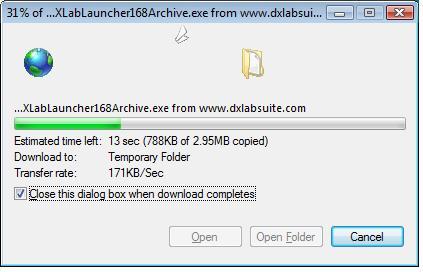 If on clicking the Install Launcher button your web browser displays a window without a Run button, for example: 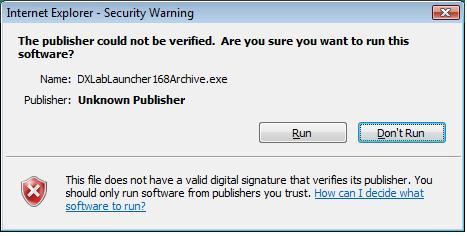 The next window informs you that the DXLabLauncher Setup program will run, after which the Launcher itself will start. The abbreviated captions on the Launcher's buttons are expanded here so you'll know which button to click to install the desired DXLab application. Before proceeding, its best to terminate any other applications running on your PC; this prevents conflicts when installing shared files. When you're ready, click the OK button: 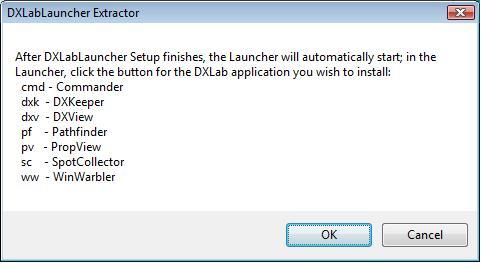 Several windows will flash by while the DXLabLauncher initializes. You should have already terminated any other running applications, so click the OK button when this Welcome window appears: 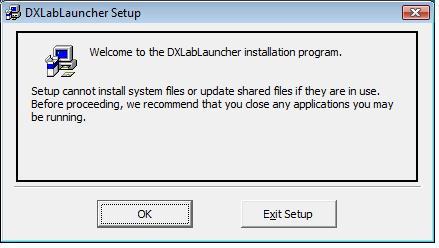 Before clicking the Install button in the window below, 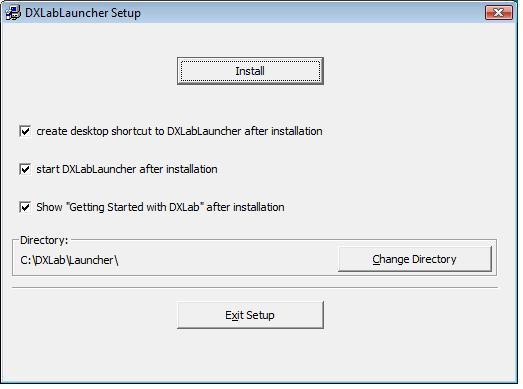 DXLabLauncher Setup will now install the Launcher, displaying its progress as it proceeds:

To install an uninstalled application, click the appropriate Launcher button: